Because our children’s safety is priceless…

There’s no denying that car seat laws in Hong Kong are relaxed (i.e. non-existent!) to say the least. The same can be said of many of our favourite holiday spots in the region — Bali, Thailand and Vietnam. But what do you do when you to travel to a country where the rules do matter? The irony is not lost on us that one week you could be holidaying in Thailand, zipping along carefree in a tuk tuk with the kids in your lap or carrier, while the next week they might be strapped in tight to a booster seat as you visit family. Australia, North America, Europe and the UK all have much stricter requirements, not to mention Singapore and Japan which are much closer to home here in Hong Kong. If you do own a car seat, it is not as simple as just bringing it along to your destination.

Here are some of the car seat rules you need to know, as well portable travel products that can help you keep your precious little ones safe…

Jump to:
Australia and New Zealand
USA and Canada
UK and Europe
Asia: Japan, Singapore and South Korea
Staying Safe When There Are No Strict Rules
Products To Use While Travelling

Read more: Hong Kong Car Seat Safety: Plus What And Where To Shop In Australia and New Zealand, the rules are largely age-based and laws are extremely strict.

Taxis: Children below one year must travel in the back seat, but don’t need to use a child restraint. After they are one, they must be in their own seat, with a seatbelt if there is no child restraint. Under the law, Ubers and other ride-sharing vehicles are classified as private vehicles and children need the correct car seat.

Labels to look for: Australia and New Zealand have some of the strictest car seat regulations in the world. Only those seats with the AS/NZS 1754 label can be used. This also applies to seats compatible with ISOFIX.

It gets a little more complicated in North America. Each province and territory in Canada and each state in the USA has independent laws. Be sure to check with the relevant transport department to make sure you are complying.

Canada private vehicles: Generally, young children must be in a car seat; rear-facing until their first birthday or by the time they reach 9 or 10kgs depending on the province, and forward-facing until 18kgs or six years of age. Booster seats are usually required for children up to nine years old.

USA private vehicles: It varies widely from state to state, so it is worth checking your travel plans. For example, in California, all children under two need to be rear-facing, while in Colorado this only applies until a child is one. In some states, the law specifies only being able to use a booster seat from four years and up, while others are more vague.

Sassy Mama Tip: If travelling to New York City, you can request Uber Car Seat. For an additional US$10, your Uber will be fitted with a car seat suitable for a child over two years (between 22 and 48lbs).

Labels to look for: In Canada, all child restraints must have the Canadian National Safety Mark. In the USA you are looking for “FMVSS 213”. The National Highway Traffic Safety Administration awards all car seats with a star rating which can also be helpful to look at.

Read more: Fun Games To Entertain The Kids On A Road Trip Or Flight Layover The car seat laws in the United Kingdom and Europe are almost identical. This guide by the RAC provides more details.

Private vehicles: The law says that children must use an appropriate car seat until they are 12 years old or 135cm tall (whichever comes first). They must also be rear-facing in the back seat (unless the front airbag is deactivated) until they are at least 15 months old. Booster seats can be used once children reach 22kg.

Taxis: If there is no car seat available, a child under three years should not wear a seatbelt in a taxi. If they are over three, they should wear the adult seatbelt. According to Uber UK, the same rules apply as in taxis (it’s worth reading this government website as well if you’re unsure about any rules regarding private hire vehicles or ridesharing).

Labels to look for: Only seats approved in the EU can be used in both Europe and the UK. Look for the letter “E” in a circle. For height-based seats, it will be followed by “R129” and for weight-based seats, you are looking for “ECE R44”.

Japan and South Korea private vehicles: It only became compulsory to wear a seatbelt in South Korea in 2018! Needless to say, it’s still catching up with car seat legislation. The law says (in both South Korea and Japan) that all children under six years should be in an appropriate child restraint, but it doesn’t specify the type. In Japan, there are government guidelines that state children under two years should be in a rear-facing car seat, those from two to four years can be in a forward-facing seat and then they should sit in a booster until they are eight years old.

Singapore private vehicles: Children under 1.35m tall should travel in an approved child restraint. “Approved” in Singapore is a broad term, which is great news for travellers! Car seats which carry the certification from the USA, UK, Australia, Europe or Japan are all acceptable.

Taxis: As with the rest of the world, taxis are exempt from these child seat rules. Ridesharing services like Grab (there’s no Uber in Singapore) are classified as private vehicles.

Sassy Mama Tip: Use Grab to get around Singapore and book “Grab Family.” You can select whether you are travelling with children aged one to three years or children four to seven years and for a small fee (SGD$5 and SGD$2 respectively) an Urban Kanga car seat or Mifold booster will be provided. Staying Safe When There Are No Strict Rules

Some of our favourite travel destinations have rather lax road rules! It’s a common sight on the streets of Ho Chi Minh to see a family of four (or more!) all crammed on the back of one tiny motorbike and in Bangkok, tuk tuks are all a part of the experience. But what does that mean for the safety of your family?

At the end of the day, you’ll just have to go with your gut on how you feel safest travelling in these situations.

Products To Use While Traveling

While babies are small, you might be most comfortable with your own baby capsule. As there are different standards around the world you will need to check whether it can be used in a private vehicle (including if you hire a car), however, if you are mostly taking taxis and public transport, you will be covered legally. Likewise in countries with no clear rules and some scary road conditions, this will be the safest bet for your precious baby. I’m a new convert to the Urban Kanga after trying it out riding in Grab Family in Singapore. It is easily installed with a seatbelt and not too bulky (by comparison to a regular car seat). It meets ECE R44/04 safety standards so you can use in the UK and Europe as well as Singapore, at home in Hong Kong and all those destinations with relaxed rules. This is a great option for children aged one to four years, who are ready to be forward-facing. The Mifold booster seats are a great option for children four years and older, travelling just about anywhere in the world (except Australia and New Zealand — did we mention they have some of the strictest laws in the world?). It meets or exceeds regulatory standards in the USA, Canada, and Europe, making it a perfect travel companion. Currently, Mifold has four products; the “grab-and-go” (in regular and sports models), which weighs 750g and is extremely compact; the “hi-fold” with a high back that is highly adjustable to suit your child’s size; and the “mifold one” which doesn’t fold, but is still very compact and light-weight. You may have seen some Hong Kong kids sporting the Ride Safer vest as they get in and out of taxis. This one is suitable for kids aged three years and over so long as you purchase the new model, the Ride Safer Delight, it meets European, American and Korean safety standards (but not Australian or Canadian). Do make sure you purchase the correct size! The small fits children 15 to 25kg, while the large is suitable for those from 22 to 36kg. This is a brand new, portable car seat solution for kids aged zero to five. It’s set to be a game-changer. Weighing in at just 4.9kg, this inflatable (yes inflatable!) car seat can be strapped in using a regular seat belt and used either forward or rear-facing and with a special newborn insert. It’s currently approved for use in Europe (ECE R44) as well as in-flight (when you purchase the travel kit). Understandably, it comes with a pretty hefty price tag (€369 if you purchase from the manufacturer – currently they only deliver within Europe; or SGD$599 from Taxi Baby with free shipping to Hong Kong).

Read more: Carry-On Essentials: What To Pack For Young Kids On Planes Pet Friendly Hotels Hong Kong: Where To Stay For Your Next Dogcation 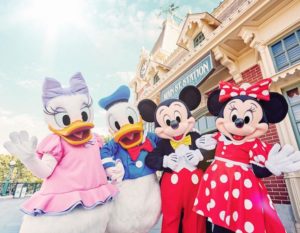